pMr Kwame Asafu-Agyei, the Chairman of Food, Agriculture and Cocoa Affairs Select Committee of Parliament, has called on Ghanaians to continuously embrace the Planting for Food and Jobs Programme as that is the only way to improve the agricultural sector.

He explained that since the inception of the programme, it had not only brought employment but also increased annual growth of agriculture.

Mr Asafu-Agyei, the Member of Parliament (MP) for Nsuta-Kwaman Beposo, made the call at a national dialogue on ‘Budget tracking and analysis in the agriculture sector’.

As a result, Ghana exports vegetables but no longer imports plantain while grains and cereal production had gone up.

Mr Asafu-Agyei advised farmers associations and non-governmental organisations to come together and outline the necessary measures and policies for commodity exchange to improve agriculture in the coming years.

Mr George Osei-Bimpeh, the Deputy Country Director of SEND-Ghana, called on civil society organisations (CSOs) to get together and address issues of accountability.

He said quality agriculture went with qualitative investment, which must correspond to productivity.

He appealed to politicians to lay their hands off agriculture for technocrats to tackle so as to attain the expected results.

Mr Osei-Bimpeh stated that district assemblies had all the resources to support farmers but they did not prioritise it.

“Industrialisation, underdevelopment of rural communities and youth unemployment, among others, won’t be addressed if agriculture is not given the priority,” he said.

Mr Osei-Bimpeh said the aim of the project was not only to increase smallholders’ knowledge on the planting for food campaign but to also improve on agricultural infrastructure expenditure allocation.

“We cannot develop a country if we do not work on our agriculture. We must get people to contribute and turn ourselves to monitors to support farmers”.

Mr Abraham Dwuma Odoom, the MP for Twifo Atti Morkwa in the Central Region, stated that there should be a value-chain, which should not depend on government’s support and also try to involve the private sector and get the right service providers to make the work easier for farmers.

“We must get value-chain for all our crops and should not depend on subsidies. We are not helping farmers to be who they are,” he added.

Alhaji Nuhu Ibrahim, the head of Budget for MOFA, on his part, said there had been a proposal to get Agricultural Development Fund to contribute mainly on agriculture, which was being considered.

He said the agricultural sector should not be limited only to MOFA since it went beyond it.

He said the monitoring and evaluation team was working hard to ensure sustainability of the sector’s growth and development.

The dialogue brought together stakeholders including CSOs and farmers.

SEND-Ghana, with funding support from TRUSTAFRICA, has implemented the PSFAM aimed at promoting smallholder farmers inclusion in the five components of the Planting for Food and Jobs Campaign.

It is also to increase knowledge of smallholders of the campaign to track allocation, disbursement and expenditure on the components. 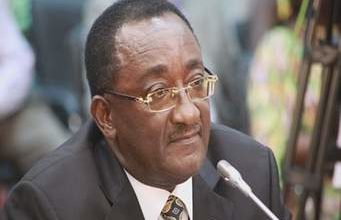