The Ghana Federation of Labour (GFL) has said that the 2020 budget should tackle the dire situation of the Ghanaian textile manufacturing industry are facing.

Mr Abraham Koomson, GFL Secretary General told the Ghana News Agency in an interview at Tema on expectations of the 2020 budget that government must implement practical measures in the sector, to reduce the escalation of imported local branded textiles and the flooding of the markets with smuggled products.

Mr Ken Ofori-Atta, Minister of Finance is expected to present the 2020 Budget Statement and Economic Policy to Parliament on Thursday, November 14, 2019.

Mr Koomson noted that the excitement of leadership and members of the GFL was shortlived as a policy announcement by President Nana Addo Dankwa Akufo-Addo in the 2019 state of the nation’s address to tackle such issues did not materialise as expected.

He said “the VAT free period applied for almost one year without the complimentary measures to holistically address the challenges facing the industry” and stressed that “stakeholders of the textile sector want to see workable measures to address the issue”.

He called for the reactivation of Anti-piracy Taskforce to check smuggling at the point to address smuggling of textiles into the country, a situation he said had worsened due to the withdrawal of the taskforce from the markets.

The GFL also recommended to government to implement a single-entry corridor policy as well as resourcing of security agencies for effective enforcement of such policies.

Mr Koomson also called for the extension of the zero VAT regime beyond three years due to the prevalence of smuggling adding that the implementation of the Textile Import Management System must also reflect to that effect. “We also recognise that the effectiveness of the Textile Import Management System is heavily dependent on the effectiveness of the single entry corridor policy,” he added.

Giving evidence of the effects of smuggling and unfair practices in the industry on local textile manufacturing companies, he said currently, about 2,000 people were working in the sector compared to the over 25,000 employees in the 1975, which was equivalent to 27 per cent of the total manufacturing employment in Ghana. 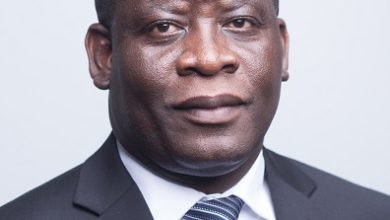