As part of measures to empower the youth in the Ablekuma North Municipality of the Greater Accra Region, the assembly has supported some youths to undergo a year-long training in entrepreneurial skills development.

The beneficiaries, numbering about 80 were trained in beads and soap making, as well as make up and decoration setups.

As part of the exercise, they were also supported with start-up capital and starter packs to enable them begin operations with their newly acquired skills.

The meeting was aimed at discussing projects undertaken by the assembly and also launch the upcoming referendum on the amendment of Article 244 (1) of the constitution to pave way for political parties to formally participate in local level elections.

Touching on Education, he said the assembly succeeded in securing government scholarship for 28 students who were currently in the tertiary institutions.

In addition, he said six-unit classroom blocks with ancillary facilities at Kwashieman and the Odorkor 4 and 5 cluster of schools were constructed respectively.

On health he mentioned that there was no government health facility in the municipality, adding that the assembly had procured a piece of land to commence with the construction of a polyclinic.

He said a total of 1,859 food vendors were screened for various diseases including; hepatitis B, yellow fever and tuberculosis, adding that “Those who were found to be sick were referred to the hospital for treatment before certificates were issued to them.”

The MCE called on residents in the municipality to vote “YES” during the referendum on December 17.

Mr Ofori called on stakeholders in the area to assist the assembly in ensuring development in the municipality.

The acting Chief of Odorkor, Nii Maclean commended the assembly for the gesture and called for more of such collaboration.

He assured the assembly of the support of traditional rulers in its efforts to achieve their goals.

Revocation of licenses of fund managers in clients’ interest – SEC 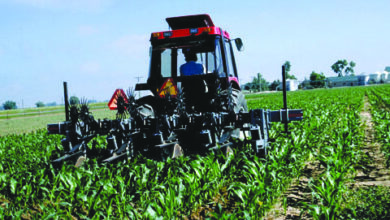